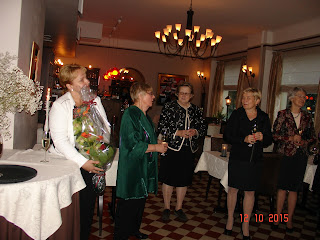 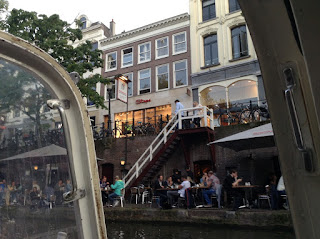 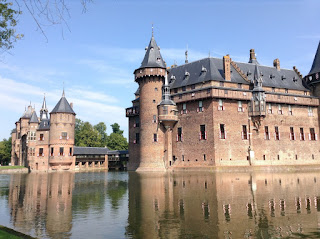 Budget Cuts in Europe - Do Women Pay the Price Again?

THE INTERNATIONAL HELVI SIPILÄ SEMINAR series addresses challenging issues that affect women and their lives globally and locally in the 21st century. The first International Helvi Sipilä Seminar was organized at the CSW50 in 2006 by the Finnish Federation of University Women (FFUW) in collaboration with four other Finnish Women’s organizations to honor the work of Minister Helvi Sipilä.

At the CSW59, with the title Gender, Power and Economy, the seminar focused on the important role that women have in world economies. One of the seminar speakers was Dr. Päivi Mattila whose speech we publish here in full. In her presentation Budget Cuts in Europe – Do Women Pay the Price Again?, Päivi Mattila explored the negative impact of austerity measures, which are often carried out without proper analysis, on everyday lives of millions and how they increase women’s care responsibilities. Mattila points out that governments must be held accountable for their duty to ensure economic and social rights for all, and calls for leadership that recognizes and acknowledges old and new privileges and powers.

Twenty years ago hope was in the air. It filled those of us who were lucky and privileged to participate in the Beijing conference and the nearby NGO Forum in Huaroi. As a young student and activist, I was one of those around 50 000 participants. With much emotion, I listened to Helvi Sipilä speak in the opening ceremony in the Beijing stadium. Later, I got to know her and learn from her, as so many others did.

Not only hope but also solidarity, the incredible stamina of women's rights activists and hard work has resulted in many gains. As governments agreed to do in Beijing, they have invested more on ensuring access of girls to primary education, maternal mortality has decreased in many places, and violence against women criminalised in many countries.  These gains are meaningful and relevant, and can be celebrated.

But most of what was decided in Beijing in relation to women and economy, is missing even in the Governments' plans and strategies, not to talk about results or achievements. Yesterday, I was listening to the Governments' speeches in the General Assembly Hall here at the UN. Few, if any country explicitly mentioned women's economic and social rights, nor made commitments to respect these rights, for example by providing adequate basic services to all women and girls. This is even more concerning since an economic crisis is hitting hard on many regions of the world.

Worryingly, as confirmed by the UN Secretary-General's assesment report on the implementation of Beijing Platform of Action, economy seems to escape the gender equality talk and walk.

Today, other speakers, sisters from Belize and Mexico, will discuss their regions, so I will speak about what is happening in Europe. Difficult economic situation has led goverments across Europe to set in place strict austerity measures. Massive cuts on public spending are being carried out in the countries hardest hit, such as Greece, Spain and Portugal. This is, to some extent, understandable and inevitable. But once again, almost no prior assessments of how these measures affect different people, were made.

This is astonishing given that so much has been written about the negative impact on women of the Structural Adjument Programmes that were forced upon many so called developing countries in the 1980s. Economic and financial institutions and goverments should have learnt that cuts in public health services, in education, in electricity and in social protection impact women and men in different ways. Research has already shown - thanks heaven for feminist researchers - that the crisis in Europe has had significant gendered consequences. Women of different minorities, such as migrant women, disabled women or ethnic minorities have been particularly affected.

In Greece, the impact on human rights, was studied by the International Federation for Human Rights, our umberella organisation and the Hellenic League for Human Rights, our sister organisation in Greece. Central Bank of Europe, the IMF and the European Union governments provided loans to Greece against extreme austerity measures. The study showed that practically no analysis of potential consequences for human rights or gendered consequences was made before deciding on these structural measures.

In Greece, massive unemployment combined with cuts in basic services, led to unprecedented poverty rates and homelessness. While the situation led to an increased need for health care, cuts precisely in the health sector were among the heaviest, with devastating consequences. Because subsidised health insurance was cut from the unemployed, people simply could not afford health care nor medicine they would have needed. This led to a dire lack of hospital beds, causing estimated at least two hundred annual deaths. Malaria reappeared after many decades. Cuts on institutional care increased care responsibility at home, carried out by women more than men.

The study showed that these measures led to a clear violation of binding international human rights conventions, such as the CEDAW convention and Convention on Economic, Social and Cultural Rights. Many of the consequences in Greece were highly gendered and led to violations on women's rights, as has also been noted by the CEDAW committee.

How is it possible that the banker men -maybe there were some women too - were allowed to decide on measures which would clearly breach against agreed international human rights standards? Not only the Government of Greece but also other member states of the European Commission member and the IMF are bound by international human rights principles.

Curiously, while Greece had to cut spending in all sectors, cuts in its defence budget were relatively much lower than in health.

In my own country, Finland, several legislative initiatives have been made during the past couple of years that would be detrimental to many women and children. There have been attempts to cut on the subjective right of children to public child care, fought by women's movement decades ago, and on child allowances. These iniatives have so far been rejected because of hard work of women's NGOs and women's rights advocates in the administration. But unfortunately they are likely to be tabled again.

Ladies and gentlemen, the economic measures implemented across Europe are not only about economic crisis. There are broad on-going shifts in Europe from relatively women-friendly welfare state logic to market-logic with, for example, increased privatisation of health care. This shift may have positive and negative consequences, and needs to be carefully analysed from a gender perspective. On a global scale, power appears to be escaping from politically elected institutions to corporations.

Also, concept like 'flexibility' within the labour markets has contradictory implications for women.
Flexible practices such as shorter working hours may make combination of work and family life easier. However, some labour market reforms to increase flexibility have meant, for example, that it easier to sack people or more difficult to breastfeed during the work day.

Do women lose on economic reforms and austerity measures? This is not a rhetorical question. Many women lose, but not all them, not all of us.

Since Beijing, the concepts of multiple discrimination and intersectionality, have helped us to understand how gender based discrimination intersects with discrimination based on class, ethnicity, religion, caste, age, being able or disabled, sexual orientation and so on. One of the lessons I have learnt during my almost 25 years of involvement, is that some women have their economic and social rights well established, but most do not. The major dividing line does not only go between countries of the global South and North, or North Europe and South Europe. There are poor women and rich women in all countries, just as there are poor and rich men. This is something we women have to acknowledge if we are to understand gender, power and economy and to fight injustice. A particular responsibility of us Northern women, including well-meaning NGOs, is to finally let go of the generalisation of 'Third world women'. Women of the South, cannot be described as one homogenous suffering mass, just like European women cannot be considered as one wealthy group.

Many women and men with higher income in Finland appear blind to the everyday realities of the poor. What may seem like a minor few euros cut in child allowance for some, equals to buying food for three days for others. A female minister responsible for social protection recently showed blatant ignorance of these realities by making a gross underestimation of how many people have a lower than average income in Finland. Blindness to economic inequality prevents true feminist change.

In Finland, elderly women on minimum pension, many women in single-parent households, large part of long-time unemployed women or women in atypical employment are poor, at least in economic terms. The income level of persons with immigrant background, but in particular immigrant women, is clearly lower than of so called native Finns.

We need to look beyond the average. A pan-European study showed that older migrant women and disabled women have greater difficulties in access to health services that they are in principle entitled to. Girls of the Roma minority have very little possibility to attend primary education in several European countries. The Governments must provide basic services to everyone. If they fail to do so, they must be held accountable.

Sisters and brothers, we must get hold of the economic and financial institutions, we must confront the finance ministries with our demands just as we have successfully pushed so many other ministries, in other sectors. We must bring feminist struggles into those tables where financial decisions are being made.

Friends, there are three important documents in my hand: Beijing platform of action, the Convention on Economic, Social and Cultural rights, and the Convention on the Elimination of All Forms of Discrimination Against Women. They are jewels, but their full potential has yet to be achieved. I believe something we can do more effectively as non-governmental organisations, is to challenge the governments by bringing more cases of potential violations of economic and social rights against them. Of course, human rights and women rights groups are doing this already. We are also using regional human rights instruments such as the European Social Charter, but I believe this work can be enhanced. The governments must ensure that the human rights structures here at the UN have proper resources. Otherwise, the beautiful human rights will not be effective.

While we speak here in this seminar, organised to honour Helvi Sipilä and her work, Governments are renewing their commitment to Beijing Platform of Action in the General Assembly hall. That is fine and necessary. But, the governments and their economic advisers should also read the Platform of Action, including sections on 'poverty' and 'economy' more carefully. I know they busy, but so are we.

Good news, my friends. Women are on the streets again. For example, in Greece and Spain, people are marching in masses against the consequences of austerity measures. As a diverse women's movement, we have to make sure that such resistance has a strong women's rights angle. We have the knowledge of how to push through issues that no one likes first. Social and economic rights are human rights, and they belong to all women and girls. Thank you."

Loughran,J.J., Muhlhall,P., & Berry, A. (2004) In serach of pedagogical content knowledge in science:developing ways of articulating and documenting professional practice. Journal of Research in Science Teaching 4 (4).